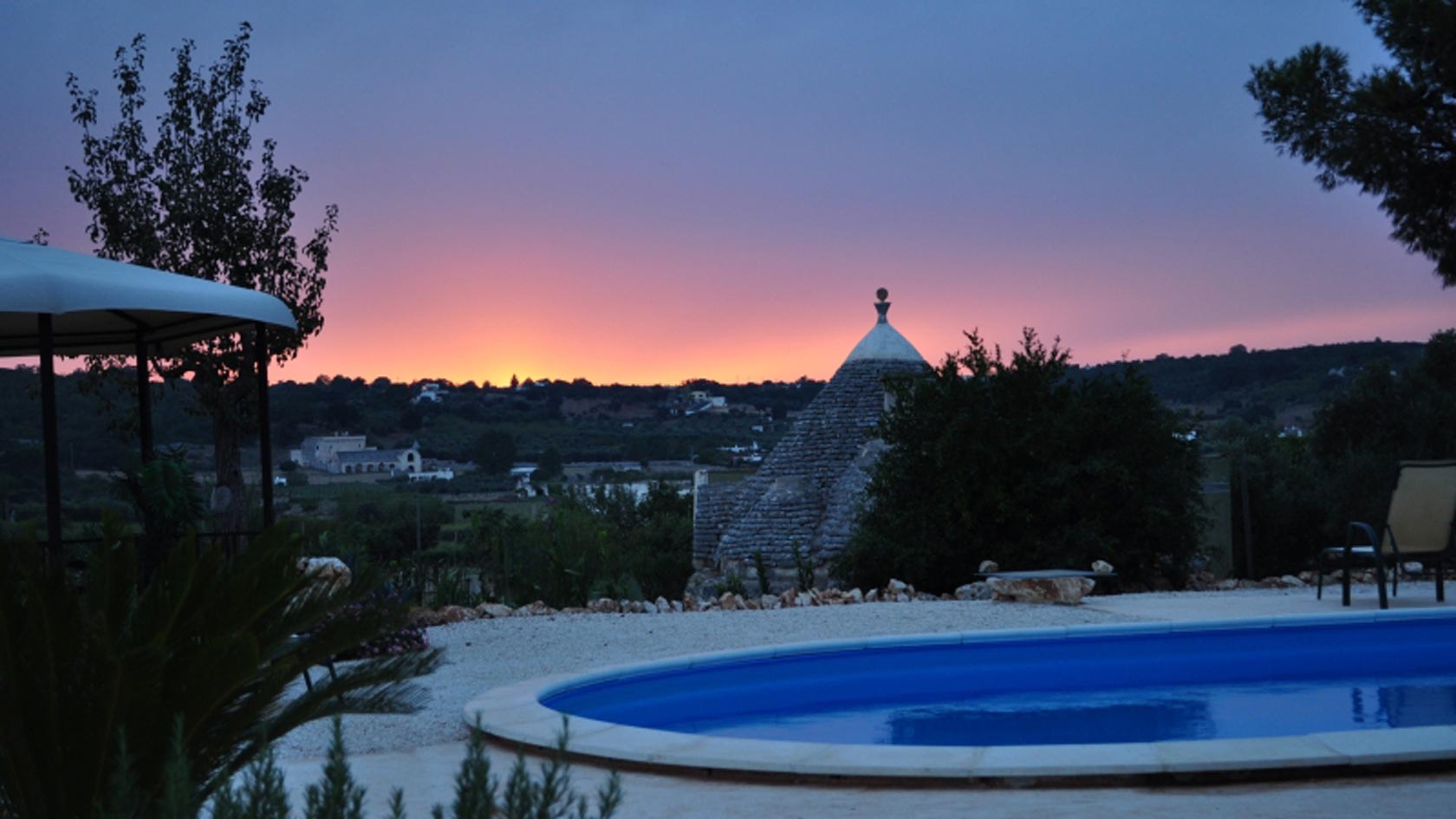 Trullo dwellings on the red earth between two seas:
your holiday in Apulia in a truly chic Trullo

If you are looking for a holiday of pure relaxation, in the heart of Apulia, inside a marvellously restored trullo or lamia with all comforts, then the Reginetta in Ceglie Messapica is the place for you.

In the historical setting of Ceglie, a stone's throw from the sea, you will rediscover the slow paced and wonderful atmosphere of lost times, where every moment should be savoured in its beauty. Relax by the pool, take a long swim, and lose yourself in admiring the beauty of the Apulian land.

But what are the famous "trulli"? They are conical constructions (the word comes from the ancient Greek τροῦλλος, meaning 'dome') built out of dry stone, typical of central and southern Apulia. Once used as temporary shelters or permanent dwellings by farmers in the countryside, they have become the subject of research since 1870 and a tourist attraction since the second half of the 20th century. Those of Alberobello, for some of their characteristics, have been a Unesco World Heritage Site since 1996. This means that at the Reginetta you can stay in a true "eighth wonder”!

This land is so beautiful and precious that abroad it has been nicknamed "trullishire" like the "shire" of the English counties, which have peculiar characteristics and cover vast portions of territory. Over the years, this part of Apulia has been subject of a growing appreciation by Italians and foreign tourists alike. 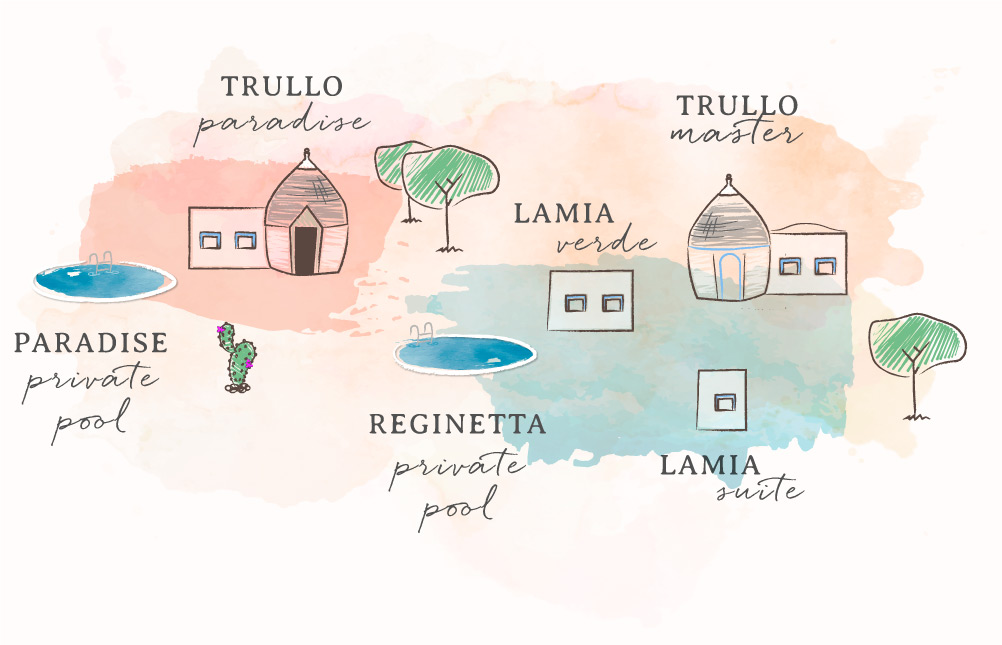 What they say about us...

A tradition to live today in Ceglie Messapica

Experience the emotion of staying in a trullo

The colours of Apulia